I remember walking through Nauvoo shortly after returning from my LDS mission and passing by an Evangelical bookstore that was dedicated to challenging Mormon truth claims. Though closed, I couldn’t help but glance in the window to see their merchandise. Prominently displayed on the back wall was a large quilt devoted to the First Vision. This wasn’t the type of faith-promoting souvenir you’d find at the LDS-owned Deseret Book, however; rather, the quilt featured nine squares, each depicting what are arguably the conflicting details from the nine different accounts of the First Vision.[1] That was the first time I had heard of the controversy, so when I returned to my laptop I did as much reading as I could. 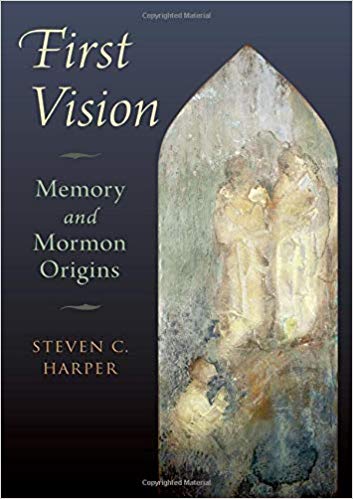 Given I was researching the topic in 2006, I fortunately had a lot of resources at my disposal. A quick search on google revealed partisan essays by Wesley Walters, Hugh Nibley, and a host of other critics and apologists. Most helpful for this recently-returned-missionary, however, was James Allen’s 1980 article on how the idea of the First Vision evolved over 150 years, and Richard Bushman’s just-released biography of Joseph Smith. These debates were my first entrance into the academic study of Mormon history.

I was pleased, then, to read Steven C. Harper’s new book, First Vision: Memory and Mormon Origins (Oxford University Press), which not only delves into the vision’s narratives more closely, but also places the work of Walters, Nibley, Allen, and Bushman into the long trajectory of the theophany’s tale. Theoretically placing the vision’s historicity aside—though, it must be stated, the book’s tone and framing mostly takes its veracity for granted—the brunt of Harper’s work draws from the literature of memory studies to understand how Latter-day Saints and their critics have addressed the founding episode over the years. END_OF_DOCUMENT_TOKEN_TO_BE_REPLACED

If Latter-day Saints are a record-keeping people, then Mormon studies scholars are document-crazed researchers. The advent of the academic study of Mormonism’s past, known as New Mormon History, was driven by archive-hounds, largely enabled by a period of openness at the LDS Church archives. And that fascination has endured ever since, even as the field has become more theoretically rich and interpretively adventurous. Perhaps the most common expression of this obsession is the large number of documentary history volumes published nearly every year, enough so that both the Mormon History Association and the John Whitmer Historical Association have awards dedicated to the genre.[1] Even in the age of digitization, and when most university presses shy away from documentary editing, there are often close to a dozen titles that appear each calendar year, from a variety of different presses.

The most recent addition to this growing corpus is The Rise of the Latter-day Saints: The Journals and Histories of Newel Knight, edited by Michael Hubbard MacKay and the late William G. Hartley. Knight was one of the earliest converts to the Mormon faith, and was involved in a lot of “firsts”: he was one of the first outside of Joseph Smith’s family to hear the message, one of the first baptized, recipient of the first miracle, and the first person to be married by Joseph Smith. He traveled with earliest communities from New York to Missouri, from Missouri to Ohio, from Ohio back to Missouri, and then to Nauvoo, where he was part of the first migrant companies to leave in early-1846. After being appointed over a transient Mormon community in Nebraska, he died in early 1847 at the still-young age of 46. Given his long and close relationship with Joseph Smith, he was witness to a number of important episodes, especially early on, and his accounts are an immensely important source for reconstructing the young faith. END_OF_DOCUMENT_TOKEN_TO_BE_REPLACED

Few topics have dominated modern Mormon discourse as much as those related to homosexuality. The issue has certainly framed my own experience with the LDS church over the past decade. I was in my final year at BYU when Proposition 8 took place—more on this below—and the episode was formative in how I see Mormon culture; seven years later, the “November policy”—also discussed below—was another transformative moment. Yet so many events preceded 2008, and things have seemed to only escalate since then, that it can be impossible to keep track of the larger story. The world has long-needed, then, a meticulous history of all the institutional decisions that brought us to this point, especially if it contained insider information that could flesh out traditional narratives.

Fortunately, we finally have a book that fulfills that need. Gregory A. Prince’s Gay Rights and the Mormon Church: Intended Actions, Unintended Consequences (University of Utah Press) is a nearly-exhaustive collection of institutional deliberations and actions over the past few decades, often buttressed by interviews and correspondence that have been previously unaccessible to scholars. END_OF_DOCUMENT_TOKEN_TO_BE_REPLACED 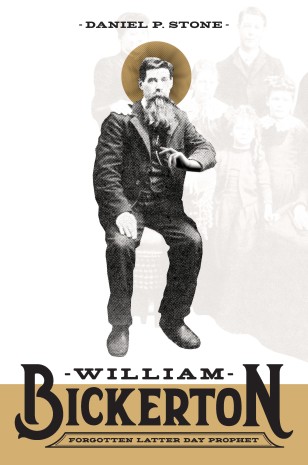 Recently, someone noted how Amazon has changed its category title from “Mormonism” to “Church of Jesus Christ of Latter-day Saints.” This was, of course, in response to LDS leaders’ request that we phase out the use of the term “Mormon” when referring to the faith, its members, and particularly the institution. (See this excellent podcast discussion on the topic.) I’ve tweeted about this broader name dilemma in the past—see here for the academic context, and here for the cultural issues—but this particular twist raises another point: it further marginalizes religious traditions that trace their heritage to Joseph Smith but are not the LDS Church. That is, Amazon’s “Mormonism” category used to include books on various schisms and figures outside the mainstream, but now they are pushed aside into a different, and profoundly smaller grouping. Given Amazon’s various digital tools, especially the “suggested books,” I worry this will lead to fewer people being exposed to excellent scholarship.

This topic has been at the forefront of my mind because I had the privilege of participating in an author-meets-critics roundtable at the Mormon History Association conference on Daniel Stone’s recent book, William Bickerton: Forgotten Latter Day Prophet (Signature Books, 2018). Below I’m pasting the final portion of my remarks, which aim directly at why it is important to study figures like Bickerton, and why I’m nervous about any policy, approach, or digital algorithm that marginalizes non-LDS movements.
END_OF_DOCUMENT_TOKEN_TO_BE_REPLACED 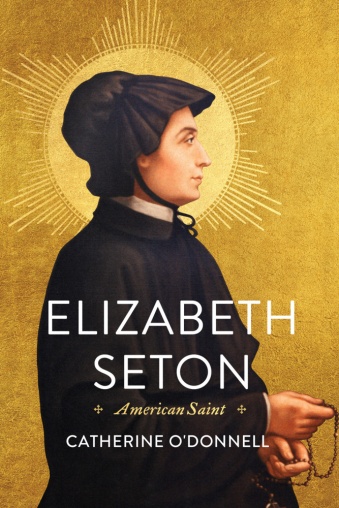 When Elizabeth Bailey Seton arrived back home in New York in 1804, her life was akin to a maelstrom. She was returning from an extended trip to Italy, where she had hoped the temperate climate would heal her ailing husband. It didn’t work. William, her intellectual and spiritual companion, died shortly after their landing in Europe. His economic success had already died a couple years prior: he ran a successful trade with his father, but after his father’s death, William was unable to keep things afloat. So when he himself passed a couple days after Christmas, 1803, in a foreign land, he left his young wife without many prospects. She would have to find a way to scrape by with her five children, all under the age of ten. When she disembarked the ship after the long voyage, and was greeted with the four children she had left behind (only one made the trip to Italy), Elizabeth must have faced a number of difficult emotions.

Yet while her friends and family urged her to turn her attention to earthly matters, Elizabeth Seton could only focus on the heavenly. Her stay in Italy not only introduced her to widowhood, but also Catholicism. Always a religious seeker, and increasingly yearning for institutional stability, Seton was deeply tempted by the faith most Americans dismissed as “popish.” She was especially drawn to their doctrine of transubstantiation, a sacrament that fulfilled her wish for immediate access to the divine. The following months were a religious struggle as her Episcopalian priest fought to retain her soul. Reflecting the torn nature of her mind, she wrote passionate letters to a married Italian man to whom she held such a deep bond that she also felt guilty; to balance these conflicted effort, she simultaneously directed her soul-searching diary entries to his wife.