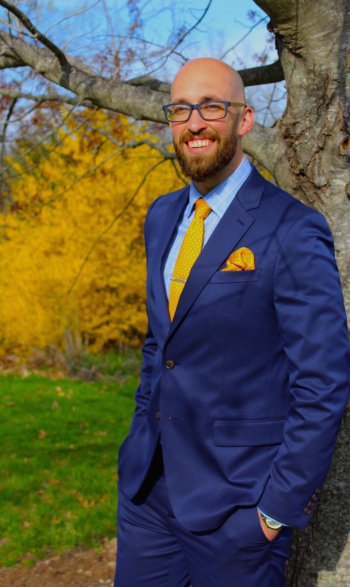 Benjamin Park received degrees from Brigham Young University (BA, English and history), the University of Edinburgh (MSc, Theology in History), and the University of Cambridge (MPhil, Political Thought and Intellectual History; PhD, History). He spent two years as the inaugural postdoctoral fellow at the Kinder Institute on Constitutional Democracy, and is currently an assistant professor of American history at Sam Houston State University.

Dr. Park’s new book is Kingdom of Nauvoo: The Rise and Fall of a Religious Empire on the American Frontier, which appeared with W. W. Norton/Liveright in February 2020 and won the Mormon History Association’s best book prize. He also recently edited A Companion to American Religious History, a textbook published by Wiley-Blackwell in January 2021.

The Kingdom of Nauvoo tells the story of Nauvoo’s rise and fall between 1839 and 1846. It draws from a broad collection of primary sources, most of them overlooked and some of them used for the first time, to narrate a moment of political and cultural crisis on the frontier. In doing so, this book offers a case study of the perils of democracy in antebellum America. How should a nation govern those religions that fall outside the boundaries of acceptability? What happens when a religious group transgresses the line between church and state? How can marginal groups react when the voice of the many infringes upon the rights of the few? These were important questions for a nation still exploring the potential and pitfalls of democratic rule. The New Yorker called the book “compelling history,” and the Wall Street Journal said it was “one of the grand, underappreciated sagas in American history,” written by “a smooth writer and a careful historian.” You can read more about the book, which will be released in paperback in August, here.

Dr. Park is currently at work on two book projects. The first, tentatively titled “An American Original: Mormonism and the Saga of Religion in the United States,” is a general survey of the LDS tradition as an expression of America’s central religious tensions. It is under contract with W.W. Norton/Liveright. The second project is an examination of how religious ideas instigated political action during the slavery and antislavery debates during the 1840s and 1850s. It is tentatively titled “A Higher Law: The Religious Underpinnings of Abolitionism,” and is under contract with Princeton University Press.

For his first book, American Nationalisms: Imagining Union in an Age of Revolutions, published by Cambridge University Press in January 2018, Dr. Park examined how local contexts influenced ideas of nation and union during the fifty years following independence. How did citizens in a new nation conceive of political union and disunion in an age in which notions of the “nation” itself were undergoing transformation? Americans scrambled to project an image of a united nation, often drawing from intellectual currents that crossed the Atlantic world, yet those very projections served to introduce new political divisions. American Nationalisms traces the contours of this significant story, and demonstrates how debates over America’s cultural boundaries have been central to the country’s nationalist project since the beginning. It was a finalist for the Sally and Morris Lasky Prize in Political History, issued by the Lebanon Valley College Center for Political History. 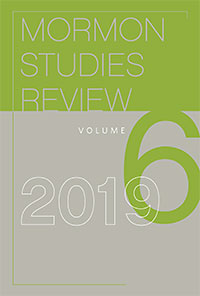 An active participant in the fields of early American political and religious history, Dr. Park has been involved with a number of activities and associations. He currently serves as a co-editor, with Quincy Newell, of the Mormon Studies Review, an interdisciplinary academic review journal that reviews scholarly books on Mormonism for a broad academic audience. He is the founder and editor of The Junto: A Group Blog on Early American History, a premier digital space for the field, and is also one of the founding editors of Juvenile Instructor: A Group Blog on Mormon History. He has served on editorial boards for Journal of Mormon History and Dialogue: A Journal of Mormon Thought, and was a co-chair of the Mormon History Association‘s annual conference in 2016. He now serves as a member of the Mormon History Association’s executive committee, the Board of Directors for Dialogue, as well as on program committees for the Society for Historians of the Early American Republic and the Society for U.S. Intellectual History.